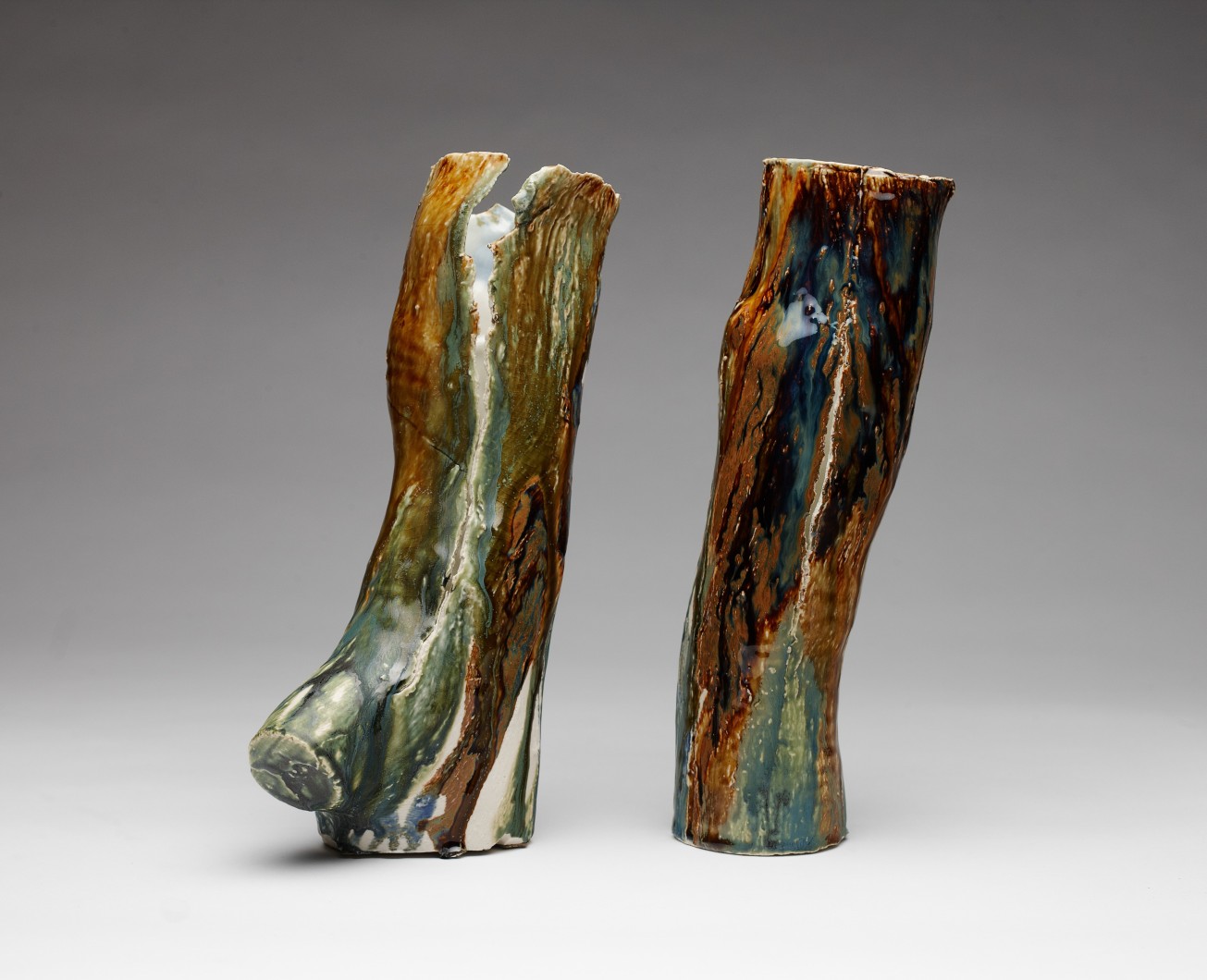 Graduating from three years at the Central Institute of Technology, studying Contemporary Art & Craft, Advanced Diploma. A whole year went into this show. Half of the year spent trying to figure out what it was I wanted to make. At the start of the year we are told to look back at what we had done for the two years we had been at CIT, but also to do what we want whilst encouraged to explore, and be ambitious. So after a very hard, fun, challenging & crazy year I ended up with three main sets of work for the grad show. My main work is called Rest In Pieces and is a ceramic cast of a tree (in 8 pieces). Rest In Pieces was accompanied with a sound installation in which the sound emanated from within (or technically under the plinth). The sound work was a compilation of sound recordings I had made whilst around the tree, and also when the tree was cut down.

My second set of work can only be discribed as my ceramic tree branches. Many of the branches from the tree in my main set of work had the most interesting breaks and lines in them from when the tree fell, so i felt compelled to make a mould of them and then slip cast them in clay.

My last set of work is a series of drawings (experimental mark-making) and a paper mache. Driftwood Rendition is a drawing based on the paper mache called Sap Wood, whilst also the shadows that were cast by the branch that was the inspiration for Sap Wood. The set of four drawings were some thing completely different to me. The tree that was the subject of my two other works was dripping sap before it died and so the idea was that the tree itself as its final act would use its own sap to draw. Hence the title Sap Drawings, Tree Series. I did not have any say in how these drawings were to turn out as all I did was place paper under the tree and wait a week or two, and hope the paper was still there and not degraded by animals or the weather. I found them absolutely fascinating but alas it could not last, and the tree had to be chopped down leading to the other artworks.

My statement about my work is as follows:

My country upbringing has developed in me an excitement and fascination with the colours, patterns, textures, shapes and sounds in nature. I express this through both ephemeral and durable forms of art making. When making, my process is usually to respond directly to & with the environment to make an ephemeral, and usually all-natural, recycled or found materials, artwork. Digital images and recordings are the documentation in which this art can last forever.

The process when making more durable artwork is to capture the essence of what was and preserve it in a way in which it still has a connection with the environment in which it came from. This can involve experimentation of materials in which the latest includes tree sap as a type of drawing medium and varnish. The process of mould-making and slip-casting within ceramics has been an area in which I have been exploring as it can communicate the vulnerability, fragility & abnormality in the environment I work from and yet also show a durability which reflects the strength and rawness of the environment.

Apart from this I have delved into the digital realm in which I make and collect sound recordings of when I am out in the environment quiet and still and when the environment is occupied by other things and people. I then select and compose short sound compositions, with which I plan to combine with some of my more durable art. 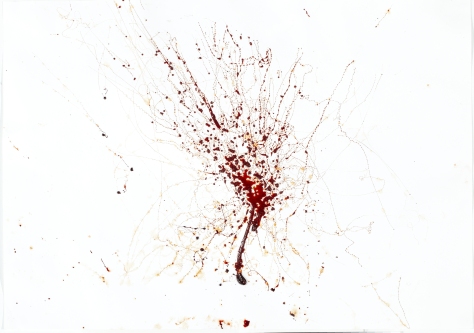